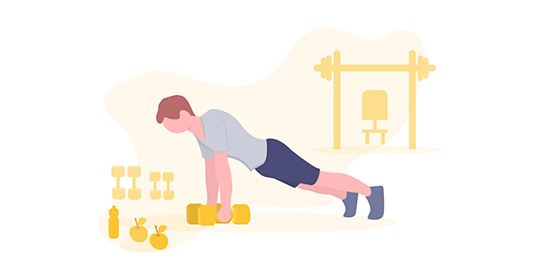 At Carlson Gracie Ashford, we aim to offer the highest level of Brazilian Jiu Jitsu training in a safe, positive and enjoyable atmosphere for adults and kids alike.

At Carlson Gracie Ashford, we aim to offer the highest level of Brazilian Jiu Jitsu training in a safe, positive and enjoyable atmosphere for adults and kids alike. We believe that instructors role is to guide and encourage the students, so that they may effectively pursue their own individual goals in Brazilian Jiu Jitsu. We recognize that in order to lead effectively, instructors must act at all times with integrity and with the welfare of the student utmost in mind. We respect the fact that each and every member of the Carlson Gracie family is unique and contributes a vital part to the collective experience which is a Brazilian Jiu Jitsu team. As such, we openly and unreservedly welcome any and all students, from a wide diversity of backgrounds, who sincerely wish to learn the art of Brazilian Jiu Jitsu.

Carlson Gracie was born on the 13th of October, 1932 in Rio de Janeiro, Brazil. He was the son of Gracie Jiu Jitsu Founder Carlos Gracie and he became a top competitor in No Holds Barred matches during the 50’s and 60’s era. He was also one of the finest Jiu Jitsu coaches to have ever lived. His life was filled of turmoil with family feuds as well as scuffles with his own students, though he will always be remembered as a warm hearted person who made history in the sport and as one of the greatest BJJ masters to have ever lived.

Born in 1932, he started competing at the tender age of 5 at the “Campeonato Aberto de Jiu Jitsu e Luta Livre” and open championship between BJJ (plain Jiu Jitsu in those days) and wrestling. At the age of 17 he won the “Campeonato Carioca de Jiu Jitsu” Rio de Janeiro’s first State Jiu Jitsu Championship. He was never a avid student, though most of his academic failure came due to the long trips he and his uncles would make to different parts of the country looking for ways to display their family’s legacy (Gracie Jiu Jitsu). At the age of 15 he left school to dedicate himself fully to fighting.

His first professional fight came when he was 18 against the Judo wiz Sakai who weighed 92kg against Carlson’s 67kg. That fight was in grappling rules where no strikes were allowed and it ended in a draw as none of the two managed to submit each other during the arranged period. After this fight, Carlson Gracie released a press note challenging anyone in the country to come and fight him. This fight’s revenue would go to a charity fund towards the victims of the drought that was devastating the country’s Northwest region (in which his family had strong ties). Cirandinha, a 100kg Capoeira fighter took the challenge and Carlson defeated him after a verbal tapout due to strikes from the mount.

Carlson continued to compete always trying to improve his skillset, at the age of 23 he faced one of Brazil’s most renowned fighters, Waldemar Santana was his name, and he had already on his resume a Knockout win over one of Carlson Gracie’s mentors, his uncle Helio Gracie. Carlson’s father Carlos Gracie went on record stating that he would give 300,000 real (a fortune in those days) if Waldemar managed to survive his son’s superior technique. Unfortunately for Carlos, Waldemar (according to the records) played a defensive fight and managed to keep at bay of Carlson’s attacks, the fight was labelled a draw and the money given to the happy Santana. Another fight was arranged soon after, and this time Carlson managed to get the fight win he so anxiously looked for in order to save his family’s honour. The fight was won at a sold out 40,000 seats at Maracanãzinho in Rio de Janeiro due to strikes from the mount. Both fighters met again a couple of years later, although hype and expectation of the 1st two fights had passed away and the 3rd fight was a lacklustre draw once again.

Carlson was always a creative fighter and teacher, he used to go to the beach in Rio and ask for people to fight him, the challengers could use any methods at their disposal (punches, kicks, head butts, the works) while Carlson would only use his grappling although never submitting. He would wear them out until they gave up.

CGA Ashford is a fantastic place to train. Friendly and approachable instructors and members put you at ease as soon as you walk through the door. Whether you have experience coming from another club or have never set foot on the mats before, you will be welcomed with the same positive and friendly vibe. The new refurb has provided a top notch strength & conditioning area and well as an overall face-lift for the interior ???? I really look forward to training and would be there every day if I could.

Excellent Club, fantastic coaching, top-notch facilities. There’s such a welcoming atmosphere at this place. If you’re a beginner or a seasoned mat savage this club can meet your needs. There’s always someone on hand to help answer any questions or offer sound advice as well as push you to meet your potential. I can’t recommend this place enough!

I started training roughly a year ago after completing a free introductory trial and my only regret is that I can't get there to train more often than I do. The processes CGA put in place during the pandemic were first class and this served as an indication of the importance student safety and experience is to the club. The coaches are always welcoming and approachable, and this friendly nature resonates through the team which creates an encouraging and motivating environment to train in.

All round an amazing place to train. The space is awesome, clean, tidy and with a modern feel. The strength and conditioning area is very well kitted out. The team couldn't make you feel more at home if they tried, from the instructors right down to the newest member, everyone is friendly open and welcoming. The perfect place for learning a new skill or building on existing knowledge.

Other gyms that may interest you

Publish your gym in our directory for free

If you manage a gym and you want to appear in our website, send us the information about your gym so we can include you in our directory.Appearing in our directory is free!

How to get motivated to exercise? 10 tips to achieve it

Lack of motivation is the main barrier that many people face. If this is also your case, don't hesitate to apply the 10 tricks that have proven to be effective to get you started in sport, starting with once a week and gradually increasing your regularity. In this way you will get the most out of the many benefits of sport.

Benefits and contraindications of swimming

Swimming has many benefits for the body. It is one of the disciplines that doctors usually recommend, whatever the patient's ailment. Let's take a look at all the benefits of swimming and the possible contraindications.

The benefits and contraindications of Pilates

Pilates is one of the sports disciplines that have grown the most in recent years. We are going to see all the benefits and contraindications of this method focused on the precision of the movements.

Can you practice Zumba during pregnancy?

Zumba is an activity that many women do. And it is not for less, since it brings many benefits, but, is it advisable to continue doing Zumba during pregnancy? We explain the precautions you should take below.

Creatine: What is it, what is it for and when to take it?

Find out why thousands of athletes supplement with Creatine. We explain what it is, what it is for, how to take it and the possible side effects it can cause so that you can prevent them.

Is this your company? Create a free account to manage your information

We use cookies to improve our services. If you continue browsing we consider that you accept their use. You can find more information here.

Your personal data will be processed and information from your device (cookies, unique identifiers and other device data) may be stored, accessed and shared with third party providers or used specifically by this website or app.
Some providers may process your personal data on the basis of a legitimate interest, which you can object to by managing your choices below.
To revoke consent or view the third party providers with whom we share data visit our privacy policy.